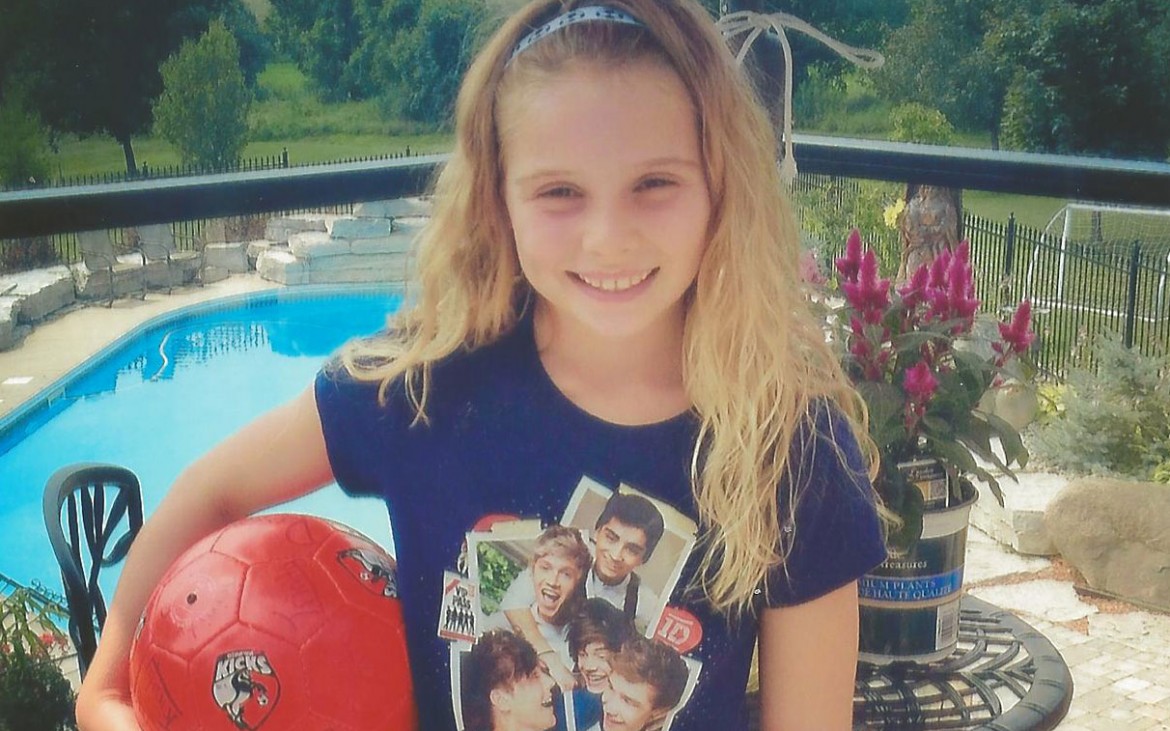 A little girl with a big heart

A10 years old soccer phenom with the biggest heart. Trinity Evanshen Coito, from Canada, is a very sweet young girl who is a very promising athlete in the sport of Soccer in Canada and granddaughter of Terry Evansheen who has one the greatest careers in CFL history. In addition, she has a very big heart for children and she wants to give other kids the chance to become a soccer star in their own countries.

Trinity and her family have been repeat guests of Costa Linda Beach Resort Aruba for the past 10 years.
Last year, Trinity paid a visit to several local soccer teams to learn more about Aruban Soccer, especially the childrens’ divisions. She had the chance to interact with local kids practicing Soccer and she noticed some of the teams had some trouble getting the appropriate Soccer gear to practice and play, so she wanted to do something about it.

With a very giving heart, Trinity’s family handed over the donation of the sporting goods to a representative of the local Soccer Federation to be used by the local children.

Recently, they were back in Aruba and paid another visit to a local Soccer team, this time the Brazil Jrs Soccer Team, a team from the District of Brazil where most of their young players come from less resourced families. However, their manager Mr. Marcelo Croes is a man who has been supporting the team from the last 25 years with basically no resources or sponsors or whatsoever.
The Evanshens invited Mr. Croes to visit them at the Costa Linda Beach Resort Aruba so they could talk a little more comfortably about the team. They were touched by the story about the team and how much they must struggle to have any income or any sponsorship to buy even uniforms, not to mention any other gear as Soccer shoes or any other Soccer practice items.
After the conversation, the Evanshens gave Mr. Croes the good news; they will help the team and in their next visit to Aruba, they will bring a shipment of enough Soccer gear and practice items for the team. What’s more, they gave Mr. Croes a donation of US$500 for the team’s children, money that was used to buy new uniforms for the little division. Mr. Marcelo Croes expressed his most outmost gratitude to the Evanshens and especially to little Trinity, the angel who brought joy to the little soccer players on this holiday season.

Trinity plays for the Oshawa Kicks Soccer Team from Canada and recently participated on a Sheffield Wednesday Football Academy try-out camp, also known as “The Owls”.  Trinity definitely got the attention of the camp coaches and they notified Trinity’s family that they are interested in bringing Trinity to train and play with the SWFC Elite Academy in South Yorkshire, England, and soon we will be hearing more about her performance in England.

Trinity’s family supports her all the way and they have become a very important influence considering they are a family with sports running through their veins.