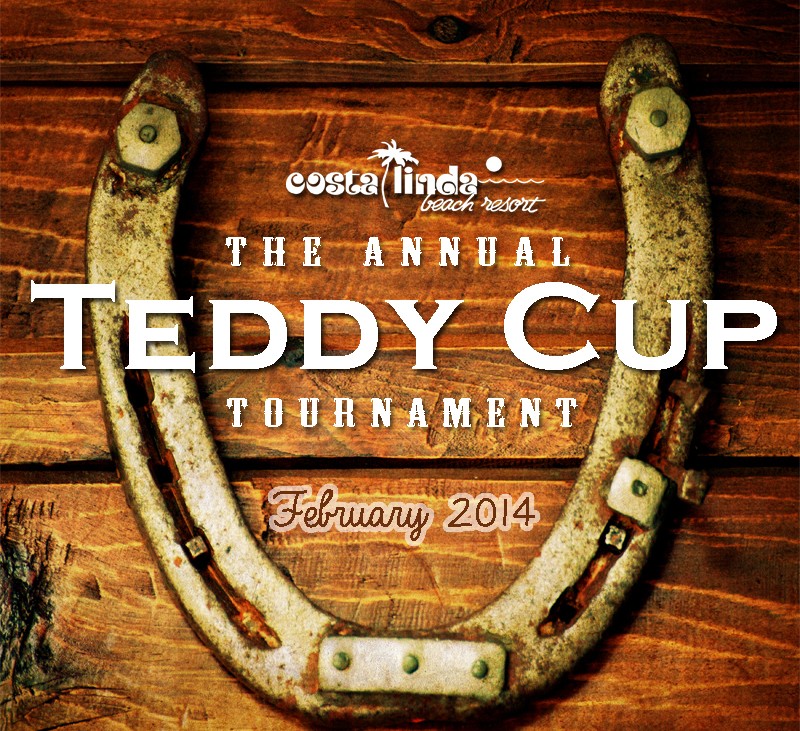 The Teddy Cup Tournament at CLBR was started in 2005 by Teddy Pappas and Pietro di Pietro playing horseshoes and partying, a group just wanting to have a good time.  The horseshoe competition goes on for one week with the tournament being held in one full day.

The horseshoe tournament became a fixed event at the resort in 2009 honoring the winners with a trophy.   Two original participants from Boston, Jim Grady and Doug Cohoon brought in the trophy.

Since then, this tournament has become a tradition every year in the month of February.  This year there were a total of 32 participants, with a total of 60 present to party with the players.

Yearly, Pete di Pietro, Teddy Pappas and Ross Trovato are the organizers of the event, delicious ribs, chicken and corn are served as are beverages of soft drinks and beer by contribution amongst the member.  Hetty Herts from the Activities Department is a huge contributor to the organization of this event by supporting the team and makes sure the game is run fairly and is well conducted.

Costa Linda, Pete and Teddy wish to congratulate this year’s winners and thank all the members and employees that make this tournament possible every year.