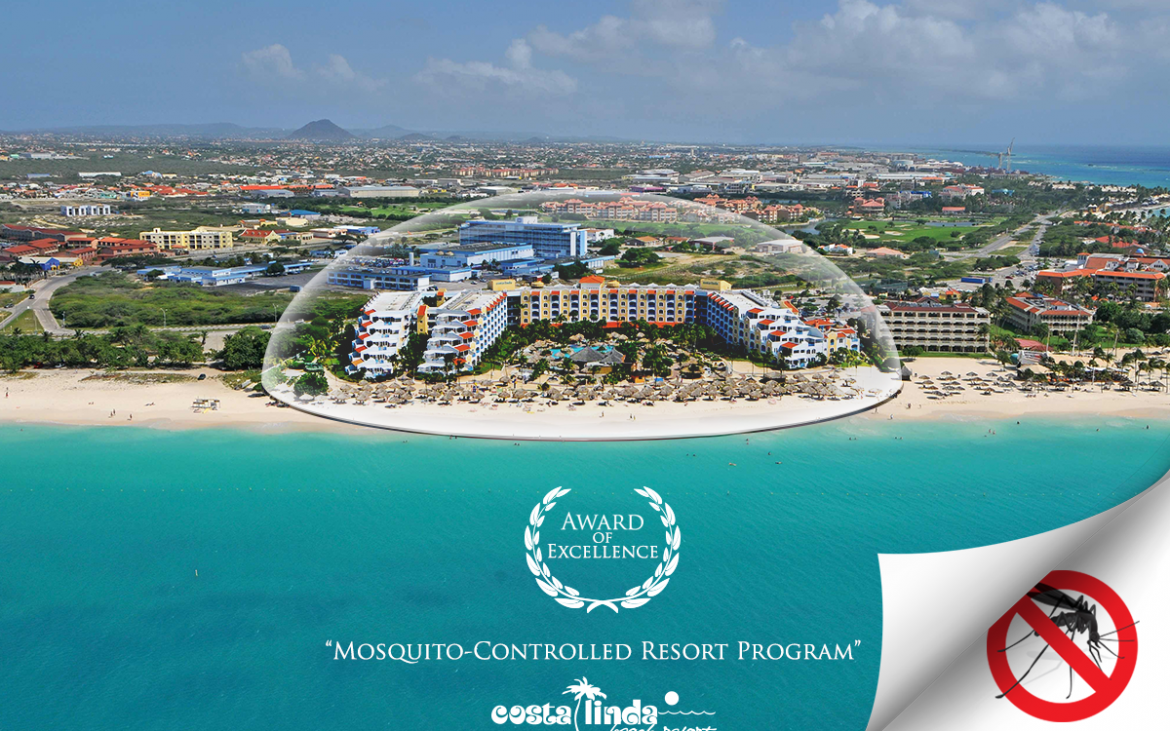 For complying with the "Mosquito-Controlled Resort Program"

The Vector-borne disease Action Team of the Department of Public Health Aruba, invited Costa Linda Beach Resort and stakeholders involved in the Mosquito-controlled Hotel program to a certificate of compliance ceremony. The intension of this ceremony was to hand out certificates to participants including Costa Linda Beach Resort who completed the 2015 program successfully, meaning that not a single mosquito breeding site was found during inspections done by the Vector Control & Sanitary Unit (GKMB). The ceremony was held at the Holiday Inn Resort Aruba, in the Las Patinas Ballroom on Friday the 11th of March 2016.

Additionally, a short recap on the mode of transmission, symptoms, preventive measures and the results of the 2015 inspections were presented. The goal of the presentation is to reinforce participation and involvement to the program and to show the importance of continuance in regards to this project for all stakeholders involved.

Coherent to finalizing the 2015 program, The Vector-borne disease Action Team announced the initiation oft heMosquito-controlled Hotel program for 2016 which will start during the month of March.The ceremony and presentation was intended for employees who work in the following areas: general manager, housekeeping, maintenance, landscaping and, if applicable, the laundry. The ceremony was also intended for important stakeholders representing the following organisations and institutions: AHATA, ATA, ATSA, all Government Officials involved and media representatives.

We made the RedWeek Top 25 Timeshare Rental Resort for... Previous
Food Safety Professional Certification Next